Posted on September 28, 2018 by Skylar Rodriguez Leave a comment

Idles is a British punk rock band from Bristol, England. The band is comprised of vocalist and ex-bar enthusiast Joe Talbot, a current working normal/prison dentist and lead guitarist Mark Bowen, bassist and ex-bartend Adam ”Dev” Devonshire, absolute mad-lad and guitarist Lee Kieran, and finally, the drummer who never runs out of energy, Jon Beavis. The band was formed in 2011 when Dev and Talbot, who knew each other from University of Exeter, would set up a drum machine and a bass guitar amp to cover songs from the indie rock band, TV On The Radio. They would practice in a room above their favorite pub. They did this until eventually finding Bowen and Beavis where they then started practicing in a white, shed-like structure. According to Talbot, Idles would have “Monday, Thursday, Sunday rehearsals” which they did for “four or five years”.b

They seem to be all about having fun, and it really shows in their live shows where they run around in their underwear, sing Mariah Carey songs, or kiss each other on stage. They wear their beliefs and their pride on their shoulders and are very passionate about everything they write about. They care less about what people think of them and more about what they enjoy doing. Talbot is often red-faced from all the screaming he does as well as the energy he puts into his performances. The band has also supposedly decide to not run air conditioning on stage at their shows. For instance, during the Ramsgate Music Hall performance, “The venue manager had wanted to put the air conditioning on, but the band wanted it sweaty”. Everyone in the band is insane but in all the right ways: never-ending energy, gutturally delivered vocals, constant screaming from everyone in the band, and the absolutely insane antics of Mark Bowen, a man that I once watched run into a mosh pit mid-song and continue playing guitar the entire time. Dangerous? Yes. Hilarious? Also yes!

Their new album, released this year on Aug 31, Joy As An Act of Resistance is an action-packed, brutal, and sarcastic record that draws inspiration from many different bands and genres. Idles writes with such honest material, and unlike their previous album Brutalism, they decided to trade esoteric metaphors and symbolism for more blunt, savage lyricism. In this album, they took a groovy post-punk sound and turned up the distortion ten-fold. This entire album is walking steroids; big, muscular, angry, and remorseless.

The first song on the album, “Colossus”, starts off with a very slow, rhythmic drum beat. The band uses this to slowly build the song into a  massive, noisy, and powerful crescendo with Talbot going from his sort of calm vocals into the full guttural, disgusting vocal delivery that he has. The crescendo then drops the song into complete silence for a few seconds until a faint “ONE TWO” is heard and the song is transformed completely from a dark and booming track about regret and lots of self-loathing, to a track about the band’s beliefs and tone. Every line in this section makes reference to different celebrities, including the line where Talbot references WWE Star Steve Austin, “I’m like Stone Cold Steve Austin, I put homophobes in coffins”. The “second part” of this song sounds like something from The Sex Pistols on steroids, times ten.

The next song on the album, “Never Fight a Man With a Perm” is a song about muscle heads, gym freaks, and steroid users. The drumming and guitar work on this song, as well as the rest of the record, is very tight and big, and the band does a fantastic job of transferring the energy into the listener. I cannot sit still while listening to this song. The song uses very unapologetically crude, sarcastic and hilarious language/imagery, like the chorus composed of the words “Concrete and leather” six times, or the second verse where Talbot sings “Me, oh me, oh my, Roy You look like a walking thyroid. You’re not a man, you’re a gland. You’re one big neck with sausage hands”. The sarcasm on this record is, in the words of Anthony Fantano, the internet’s busiest music nerd, “A shotgun blast to the chest”.

The next song, “Scum”, has the same characteristics of the previous song, driving bass, grooves, and drums. This song is Talbot making fun of himself, gutturally yelling that he is “dirty, rotten, filthy scum” over the chorus. The lyrics have very powerful wording but perfectly fit the tone of the song and the disgusting, guttural, mean vocals.

The following song, “Danny Nedelko”, is more mellow when compared to the other songs on this album, taking it down a few notches from the previous three songs so that Talbot can express his opinion in that people should not hate someone, or in this song his friend, for being an immigrant? Yelling “[His friend is] made of bones, he’s made of blood. He’s made of flesh, he’s made of love. He’s made of you, he’s made of me. Unity!” This song was clearly made to be chanted along with because of the catchiness of it. This was a very nice touch that I did not know was done intentionally since it is about unity and love.

The fifth song on the album “Love Song” amps back up with a similar tone to “Never Fight a Man With a Perm” but has even more sarcasm (somehow). The sarcasm in this song is dripping and guttural with Talbot poking fun at modern love. Especially the materialistic side of it. One line he does this in is during the second verse where he whales, “Look at the card I bought It says “I love you” “. This is delivered with such biting sarcasm that on first listen made me laugh so hard I cried. Even the chorus has a very sarcastically sang “la-la-la-la” in it, poking fun at past love songs.

The sixth song is like nothing I have ever heard from them before. “June” starts off with a haunting piano and a spacey, soft snare. The song is about Talbot’s stillborn child and as a result, is—to put it simply—dark. The vocals in this song are delivered with such pain and agony that it is genuinely difficult to listen too. The lyrics are just as haunting as the delivery, with Talbot singing “Baby shoes for sale: never worn” and whistling what sounds to be a lullaby.

The next track is “Samaritans”, a song about toxic masculinity and its effects on the male part of society. The song changes the pace from “June” and reintroduces the disgusting[1] guitars as Talbot sarcastically growls out phrases used to make men hide their emotions. Phrases like “Grow some balls” and “Man up”. I especially love the bridge to the song where Talbot sings about “the mask of masculinity is a mask, a mask that’s wearing me”. This is a beautiful metaphor for how toxic masculinity forces him and others to repress their feelings. The song ends with a powerful cacophony with Talbot yelling these phrases with even more sarcasm and emotion than before.

The eighth song on the album “Television” has a fresh sound while still retaining some elements from previous songs. Sort of a mix between “Danny Nedelko” and “Never Fight a Man With a Perm” with other musical influences clearly present.  The lyrical content of this song is about self-love and how TV and the media impose unrealistic standards for people, as well as how they are toxic to happiness.

The ninth song, “GREAT” is about people being ignorant to change, immigrants, tourists, and overall being greedy with their customs. I think this song is about Brexit, but I am not well versed enough in British politics to really know. Talbot sarcastically and unapologetically sings about how “Blighty[2] wants his country back, fifty-inch screen in his cul-de-sac.” The “fifty-inch screen” seems to imply that “Blighty”  is rich while also complaining about the “price of a bacon bap”.

For next song, “Gram Rock” I had to find an interview where the band explained what it was about since I had absolutely no idea. Apparently “We [the band] wrote this as a concept song: we said yes to every idea proposed musically and then applied that to the subject of two coked-up bankers at a funeral”. Well, that’s Idles for you!

The eleventh track on this album is called “Cry to Me” and changes their structure up, implementing a blues structure to the song. However, the guitars and bass are still disgusting. The drumming is particularly fun on this track and has a similar style to the first track, “Colossus” with the rumbling floor/tom drums. The song sees Talbot take on very bitter and harsh tones as usual, with the lyrics being no different, “Don’t you feel like crying? Well here I am, boy Cry to me”.

Finally, we get to the twelfth and final song, “Rottweiler”. This song is a very powerful, quick, and energetic song with multiple elements being brought back, like the chanty-ness of “Danny Nedelko”, the quickness of “GREAT”, and so on. The lyrics seem to reflect an anti-newspaper standpoint, with the lyrics “vulture at my breakfast table” possibly referring to someone reading the morning paper. This is a great finish to the album because it sees the very tight drumming and guitar work slowly become disjointed and fall apart, signaling the end of the album.

Overall, this is a fantastic, socially charged album that takes on a variety of topics and does so very bluntly and honestly. The band pulls from a wide range of post-punk influences and wears them loud and proud. The band has even explained how Kanye West’s 2013 album “Yeezus’ really helped [them] come out of [their] shell.” The band felt inspired by the idea of “bravery and restriction”. I am not a particularly big fan of punk music, but something about Idles really caught my attention. Perhaps it is their brutal and blunt sound or perhaps the fact that they make hilariously sarcastic music. Idles is not necessarily reinventing any sort of musical wheel, but they are very distinct in what they do.

[1] Guttural and disgusting in way that compliments the song and tone perfectly.

[2] A term used to describe senior citizens in the UK that blame the country’s financial problems on immigrants. 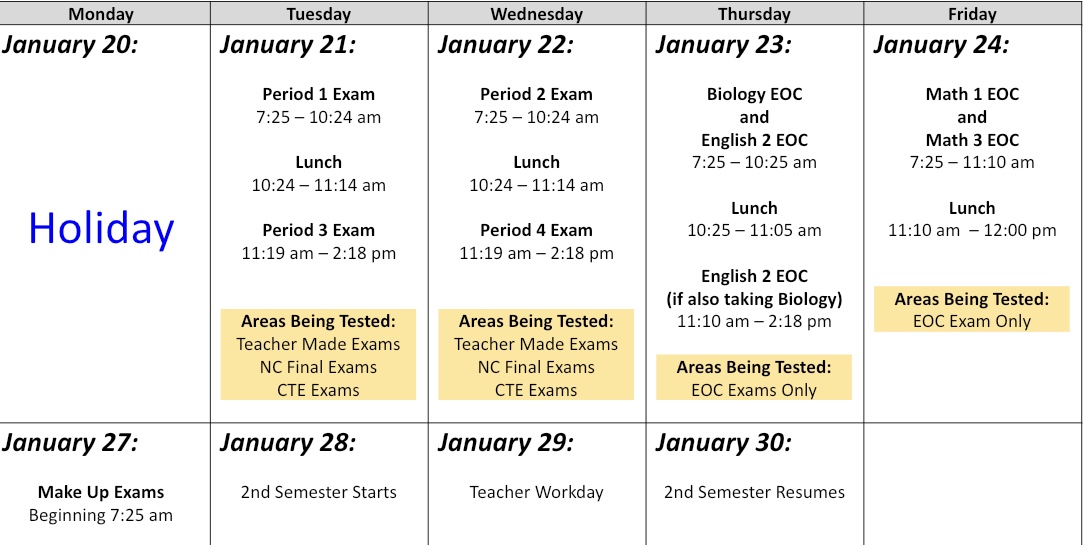