The Art of Apex

Update: The art pictured above is by Madie Maier; she won a Gold Key for the piece in Scholastics. It was featured on the front page of Wide Awake Wilson, an arts and entertainment guide featured weekly in The Wilson Times.

Our art students of Apex High School put forth a lot of time and effort into what they create. This is to show just what exactly they think of their latest works and what goes through their head when it comes to the canvas.

Inez Sandoval-Prado- Inez from Mrs. Purtee’s third period art class drew a very meaningful picture named “This is where my Demons hide” which she has said depicts bad relationships her friends have been in, what it can turn into and what it feels like emotionally. On the inside, where all of your emotions are left to boil, the work expresses what emotion can do if it decides to burst out on others who may not deserve it. One of her pieces has even recently been entered into an art contest where she will be competing with other students and their artwork.

​As far as art goes, Inez thinks of it more than just a third period. She says she takes it wherever she goes and continues to pursue art even outside of school. Some of her artwork ranges from comics, murals for children’s cribs, and even just doodling when she gets the chance.

​Madison Rhodes has been pursuing her art since elementary school. In her latest work, it shows her and her grandfather together when Madison was young. She was still a resident of Wyoming at the time although she moved to NC; her grandfather, however, is still in the state. Madison misses her grandfather which is what inspired her to draw them together, remembering when they were close. This project was originally supposed to be a gift for her grandfather, but Madison has grown to enjoy it too much to part with the project and plans on keeping it. Her grandfather will still see it however, and it should bring him great joy when he finally is able to see it.

Una Holland has been working on a new project that includes bringing her Dungeons & Dragons character named Neth Varia to life with her interpretation of what it might look like. This also gave her a chance to challenge herself in what she could create. Una has put a week into this project, using some of that time just to determine how she feels it should be drawn as far as how angles, colors, and textures to use. Una has even spent time at home making sure this project it completed to her standards.

​Hank Littleton is in the process of working on a sketch that shows what he enjoys the most. Being outside, his picture is from the perspective of peaking around a pine tree. This allowed him to really capture the texture of the pine tree’s bark. As well as all of the nature around it most of the work, Hank has always been about nature. Hank has always enjoyed creating art and the process of it. Aside from creating pieces that capture nature, he also enjoys doing pieces that include sports or athletes.

​​That is what the artists think and do when they begin to bring their ideas and skills together to be able to do what they love most on a daily basis. 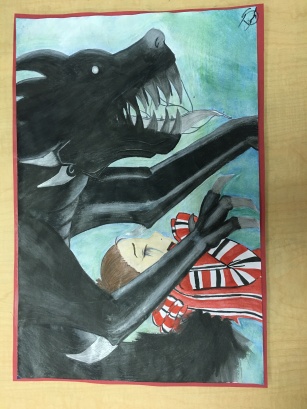 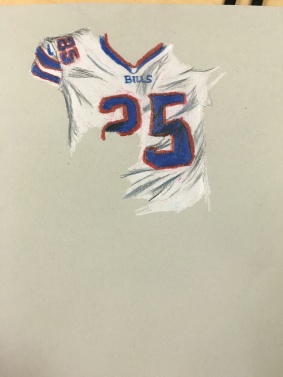 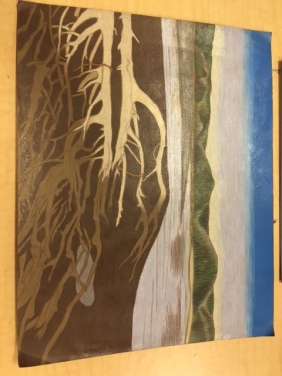 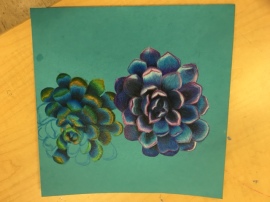 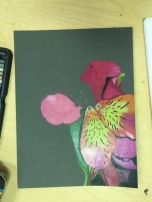 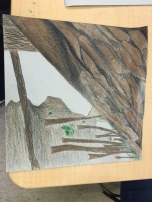